His buddy Domani picked USC... That would be one attraction there ...months ago they were thought to be a package deal...

The new UM staff connected quickly(I'd say OSU was near leading for a bit).

Hopefully a good pickup for UM then get him to recruiting Domani (who has noted all along that he's still willing to be recruited).

LSU picked up another Newman kid in AJ Johnson yesterday.

with Bordelon in at OT (yes that’s his Mom in the Get the Gat WhiteHouse viral vid) the kitty would be Manning, but AJ was a take either way
T

Oklahoma got a commitment from Raleek Brown, a 5-star RB from Mater Dei. They think he is the best RB they've gotten since Riley has been HC.

TahoeLegend said:
Oklahoma got a commitment from Raleek Brown, a 5-star RB from Mater Dei. They think he is the best RB they've gotten since Riley has been HC.
Click to expand...

People are a little late to the party. Can’t wait for this kid
B

Too bad coach O can’t coach at the level he recruits.

brewers888 said:
Too bad coach O can’t coach at the level he recruits.
Click to expand...

It’s not nearly as bad as Miles era. He actually has put some decent guys in places, however.
B

twinkie13 said:
It’s not nearly as bad as Miles era. He actually has put some decent guys in places, however.
Click to expand...

I like Orgeron and want to see LSU in the championship hunt but I’m not sure he can get back to that level.
B

Good to see a top QB recruit in the fold.

brewers888 said:
I like Orgeron and want to see LSU in the championship hunt but I’m not sure he can get back to that level.
Click to expand...

It’s hard to fuck it up at this point. I get it. I know what you mean. He at least knows to try and put smart people around him. He’s more a line guy, motivator.
He’s not X and O’s.
Will be constant top 5 recruiting classes.

brewers888 said:
Good to see a top QB recruit in the fold.
Click to expand...

Local too. He will be a good one

Wide Receiver Kyion Grayes verbally commits Ohio State. They targeted him over several higher rated prospects and supposedly only want one more receiver in this cycle.

Alabama got a commit from 5* QB Ty Simpson this week. Finally some good recruiting news for Tide

Staff member
Will Johnson did go blue today...highest rated recruit from the state in nearly 2 decades..

gps_3 said:
Alabama got a commit from 5* QB Ty Simpson this week. Finally some good recruiting news for Tide
Click to expand...

As a result, Clemson finally pulled the trigger on an offer to QB Cade Klubnik of Austin Westlake. Dabo called him on Friday to extend the offer, and he committed on Tuesday.

Quarterback Cade Klubnik of Austin, Texas played the waiting game with Clemson, and his patience paid off with an offer Friday from the Tigers.

Klubnik waited on the Tigers while they waited on QB Ty Simpson of Martin, Tennesseet. Simpson announced for Alabama Friday, and that set in motion a series of calls from Clemson coach Dabo Swinney to Klubnik with the offer he was waiting on.

“Coach Swinney called me about an hour before Ty’s commitment. And he said he was in a meeting, and he got the news that he heard from somebody that Ty was going to end up committing to Alabama,” Klubnik said. “He goes, ‘Let’s go. We’re getting Cade, baby.’ And then he ended up calling me. And they were all super pumped. I probably talked to him three times on separate occasions Friday, but they were all super excited. He ended up calling me saying he wants me to come play there.”

“They’ve told me multiple times that we’re kind of equal. It’s just, they’ve known him and they’ve gotten to meet him multiple times,” he said. “And that’s just kind of the only thing that was missing for them with me, but they’ve never made me feel like I was second, which is really good through the whole process. And I don’t think I’ve ever felt like that. I think I’ve just kind of felt like I’m a guy that they want.”

And Klubnik said it was the work quarterbacks coach Brandon Streeter put into recruiting him that convinced him to hang in with the Tigers until things worked their way out.

LSU locks up Jacoby Matthews, staying home
That’s all the 5 stars in state in a heavy LA class.

twinkie13 said:
That’s all the 5 stars in state in a heavy LA class.
Click to expand...

If LSU can just do that--keep the La studs at home--they,ll be hard to beat

twinkie13 said:
LSU locks up Jacoby Matthews, staying home
That’s all the 5 stars in state in a heavy LA class.

I know somebody that has a key to that fence

gps_3 said:
I know somebody that has a key to that fence
Click to expand...

That area is choppy. Was a good run tho I’ll say that...

I’m not going to even pretend to know what that means.

gps_3 said:
I’m not going to even pretend to know what that means.
Click to expand...

I know you’re being funny now. And I know you know what I mean. LA born Heisman even shouted him out in his speech.
I don’t think you’re serious lol but I don’t know... 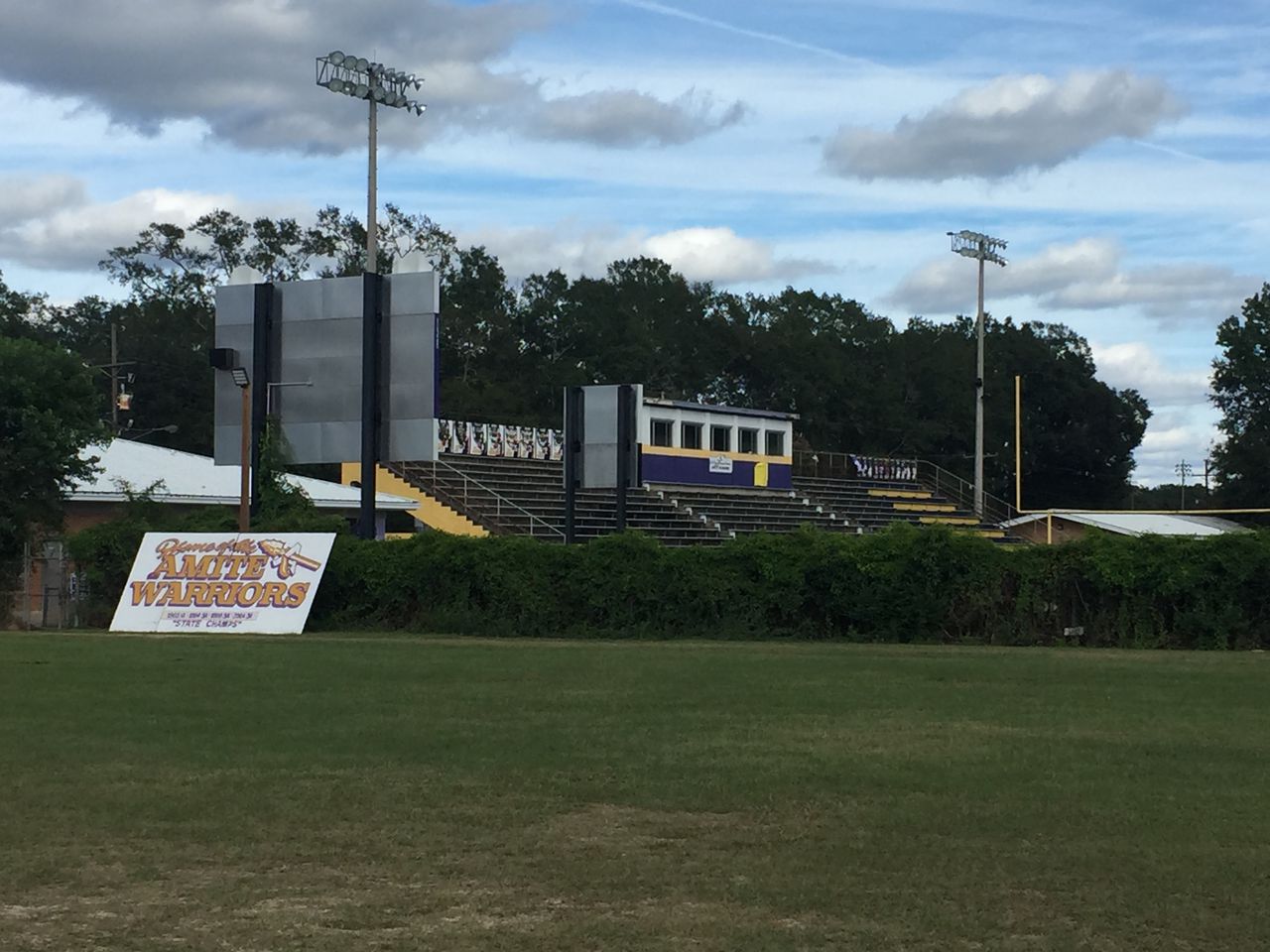 Inside the tiny battleground town for LSU and Alabama

Amite City, La. is easy to bypass. It has a shade more than 4,000 residents. But it has a history of producing talented football players, including Alabama's DeVonta Smith. Two of the top recruits in the Class of 2019 are there, too. And both Alabama and LSU want them.

That’s for the other CTG members that don’t know

twinkie13 said:
I know you’re being funny now. And I know you know what I mean. LA born Heisman even shouted him out in his speech.
I don’t think you’re serious lol but I don’t know...
Click to expand...

If I knew that story, I had forgotten it, so thanks for posting it. 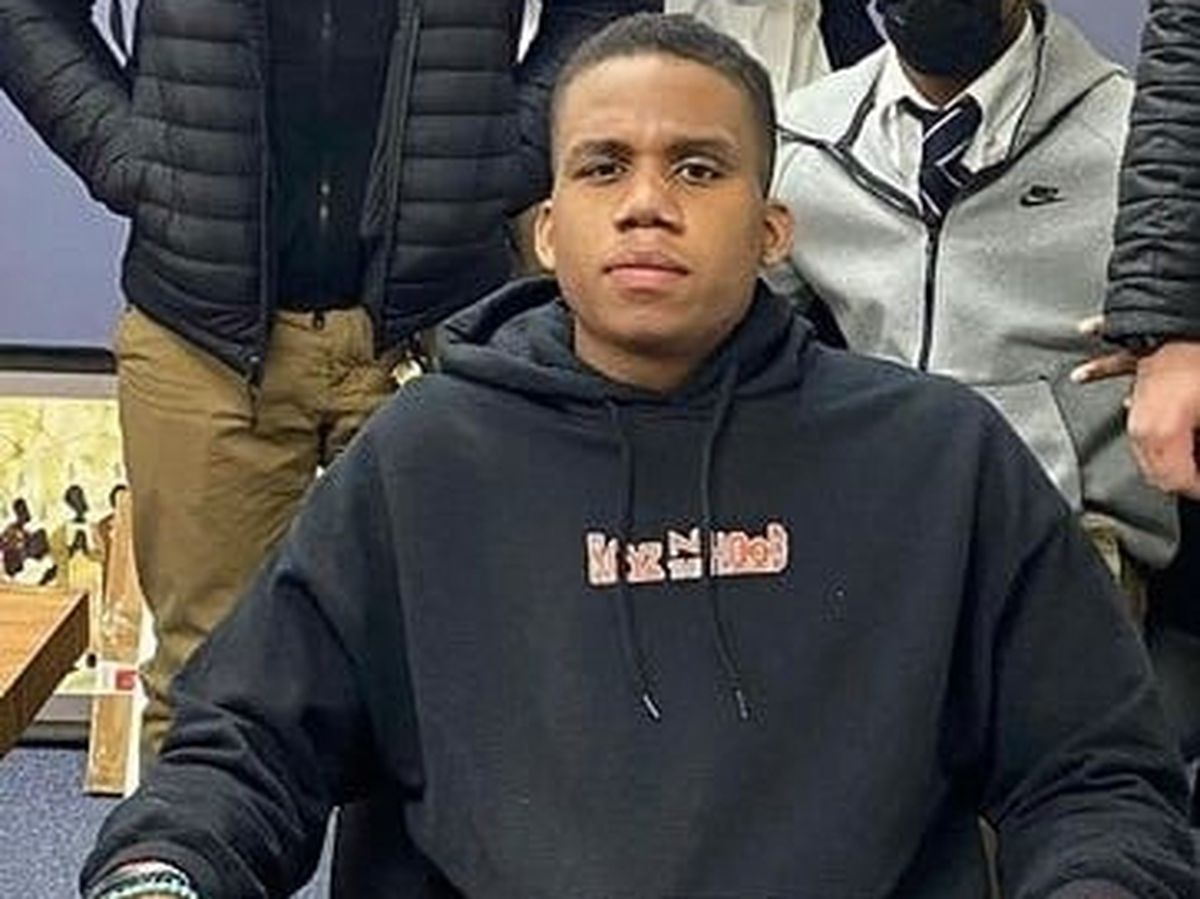 Aaron Wilson, a star defensive end at St. Frances Academy who was ranked among the state’s top Class of 2022 prospects, has died after a bout with cancer, the school announced Monday. He was 17.

This picture was taken last fall when he was 16. Hard to believe a kid can be this muscled up at the age of 16. I've never seen a high school player with muscles like this. Dupree was big, bigger than this kid, but he wasn't as muscled as this guy. He's also Mississippi state champ in power lifting

We got any shot at Amir Herring BAR or he staying home?

twinkie13 said:
We got any shot at Amir Herring BAR or he staying home?
Click to expand...

Obviously he's been down there, Clemson and ND this summer...

His coach is now a UM assistant ...

Gavin Sawchuk, RB out of Colorado committed to Oklahoma today. Number 1 recruit in Colorado, #3 pure RB according to rivals, beat out N Dame, Ohio State, USC to get him.

Rare event occurred in Oklahoma--the top WR in the state in the 2022 class switched his committment from Oklahoma to Oklahoma State. One of the few times in history that's ever happened.

Part of the reason is the kid has a twin brother who is one of the best in the state--but not good enough for Oklahoma to be interested--and he got an offer from Oklahoma State, so the WR switched to Oklahoma St so they could play together

Ok State already has the best player in the state committed, although Oklahoma didn't offer. They think he's too little, but I think they're wrong. He's the one who ran wild on ESPN this past year, over 400 yards rushing and 5 tds against Tulsa Booker T Washington and led his team to their third straight state title. His older brother, a freshman, ran wild in the Oklahoma State bowl game against Miami. so Oklahoma has game breakers on hand and more on the way

Plenty of talent already there. Oklahoma State over 7x games is the only future bet I made this year

Staff member
OSU got the big one today too

B.A.R. said:
OSU got the big one today too
Click to expand...

Sorry, this kid is 2021... He wanted to take official visits before signing.

Bag came quick SMU back in the game

No real surprise. It was an open secret he was going to commit to OU, but with N Dame and Bama as the other two choices there was always the chance he could have changed his mind

Oklahoma got their target QB in the 2023 class, Malachi Nelson, 5-star out of Los Alamitos in Orange County.

Nebraska was never in it, no matter what there. There are some issues between some omaha kids and Nebraska right now. Hopefully the AD hire of Trev Alberts helps there. Luckily, TE was a position where we could afford a miss. I hear Helms is a hell of a player.