and then, here;s a list of todays starters last 2 years including only the 1st 15 games per team

Fried seems a no-brainer but Alcantara & M Gonz may be worth a look as well as noticing some big names come out the gate slow (Nola, Greinke, Scherz, Bum, Darvish)

Even looking at all short road dogs <122 in the month of April, still returns 6.2% ROI

I hope everyone is sensible with your plays and never bet money you can't afford to lose. I do this for entertainment mostly although of course I want to win. I play relatively small unit size and use multiple units to better track actual winning. I use to vary unit size and then you could lose awhile, loser unit value and win back to positive units but still be negative cash. Therefor I use around $20-$50 unit value and just play 2 or more units per play. My baseball unit is $25, hoops $40, puck $20, and so on. It varies by sport and sometimes the time of the season but I do not adjust unit size do to win/lose just units played. So I'm just a small player that has a lot of time on my hands since I'm retired. 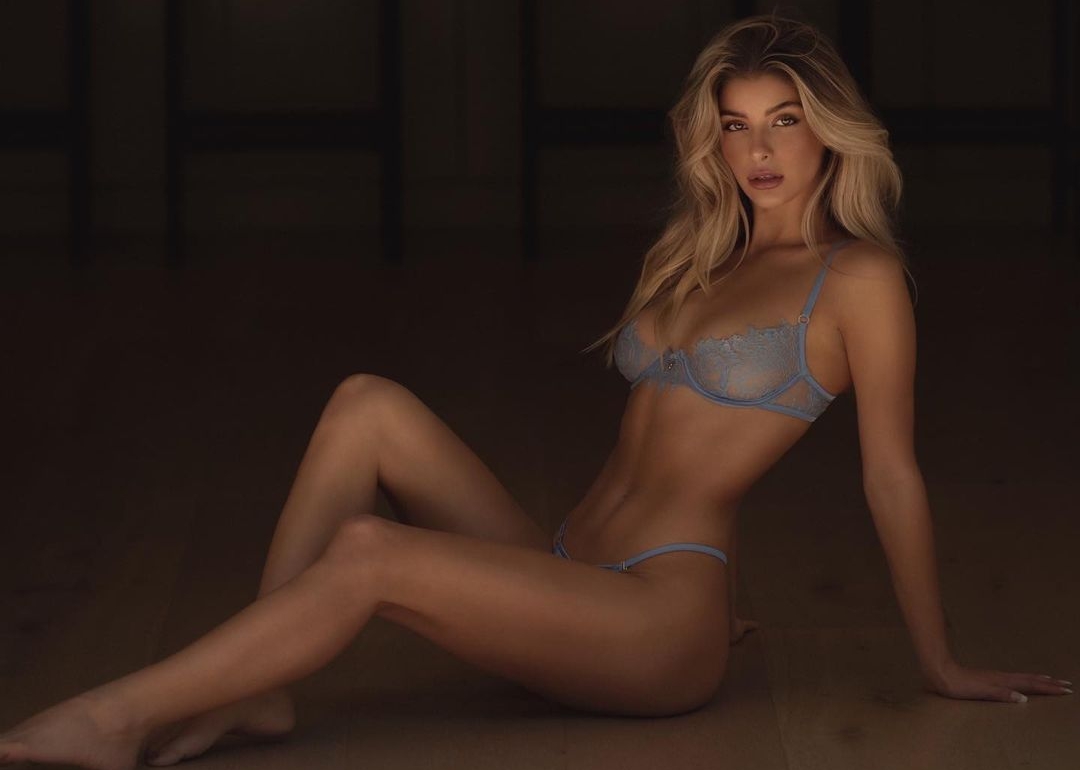 Love the short road dogs, think those are often the games you get coin flips at plus money!! Gl this season. 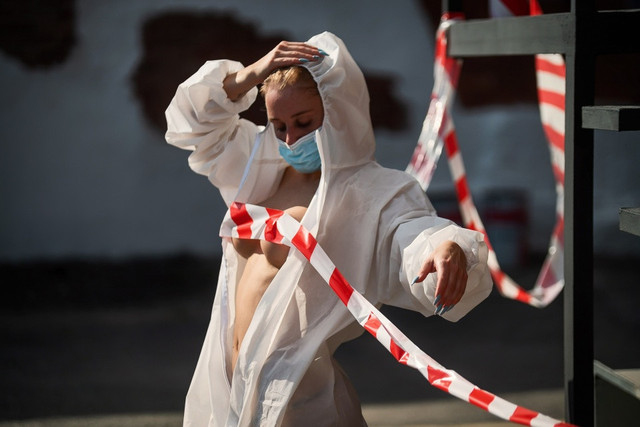 Home teams in first game when total under 8 have returned 19.1% ROI on RL in last 7 years

I played a handful of FF unders, I never mess with the 1st inning yes/no but seems like a pretty good strategy for today. Bunch of cold temps and aces!

Love the fish play, split it between FF and game, I’m unsure about their pen but I love alcontera!!

I felt like whomever was plus money in cards/reds game was the right side. Getting Castillo or flaherty at plus money a good deal. I didn’t see open where apparently cards were favs so I bet cards +107, woulda bet reds at plus also. Hoping cards pen advantage shines thru, I don’t trust our offense but reds still gonna have to prove it as well!!

Had a nice opening day even after the No No's went 6-5 and lost about a unit. 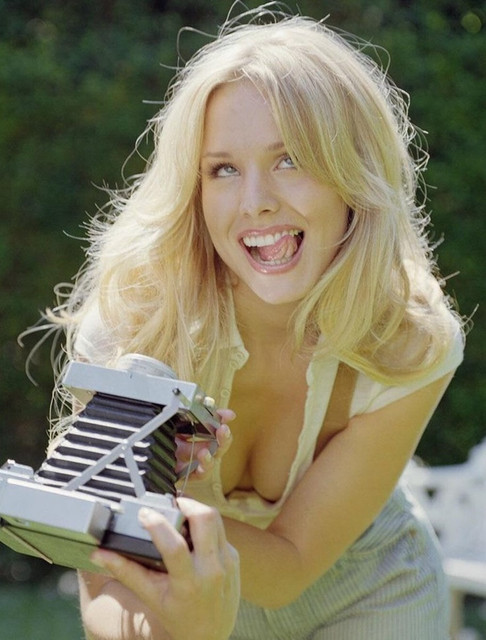 Considering White Sox +106 ...as they MASH lefties...as in the best in the league. Last year they were .285/.364/.523 against lefties with a league high .887 OPS and were undefeated. Keuchel finished with a surprising 1.99 ERA (don’t really see that repeating) but he’s in a favorable matchup against Heaney. The Sox may not have Eloy Jiminez this year whose great against lefties, but this team no question still has the firepower to go off vs lefties, and Heaney isn’t the guy to slow them down. I only hesitate because I'm so high on the Angels. Thats why I stayed off sox yesterday, but today it's either sox or stand aside. 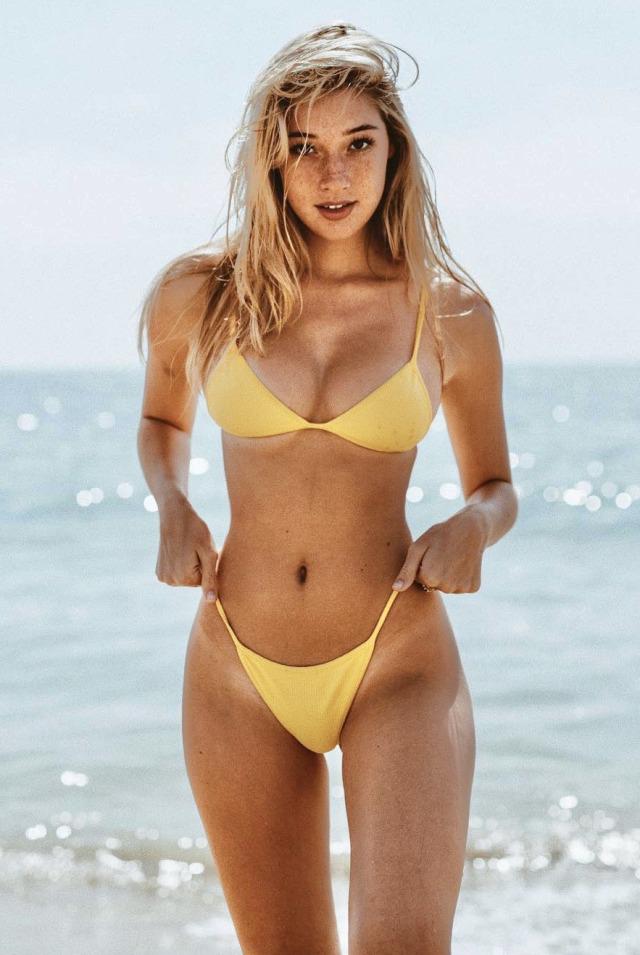 Quite a nice start to the season, let's keep it rolling. Riding several overs today as the trend seems to see more scoring and the numbers are starting to adjust. 65% of games so far have went over and that was with some crappy cold weather. Probably still gonna take Cubs over as well. Kinda surprised we are getting such good numbers with the Twinks as I believe this team has potential to be very good.

Long, long season, but first 2 days all about road teams, overs and dogs! Jays, O’s, and zona def worth plays at those prices. The more W’s these dogs keep stacking up the happier my life will be!! Lol. Gl today

Tough day yesterday as I gave back most of the profits from first two days of the season. 1-6 on my overs yesterday was the killer, but I'm back with more overs today.

I like the cardinals over again. Times gotta be changing cause I can’t recall last time I bet cards overs in b2b games! (I did get crushed playing Ff under in game one, the aces were not very ace like! lol). Like chi Sox also. Gl as always 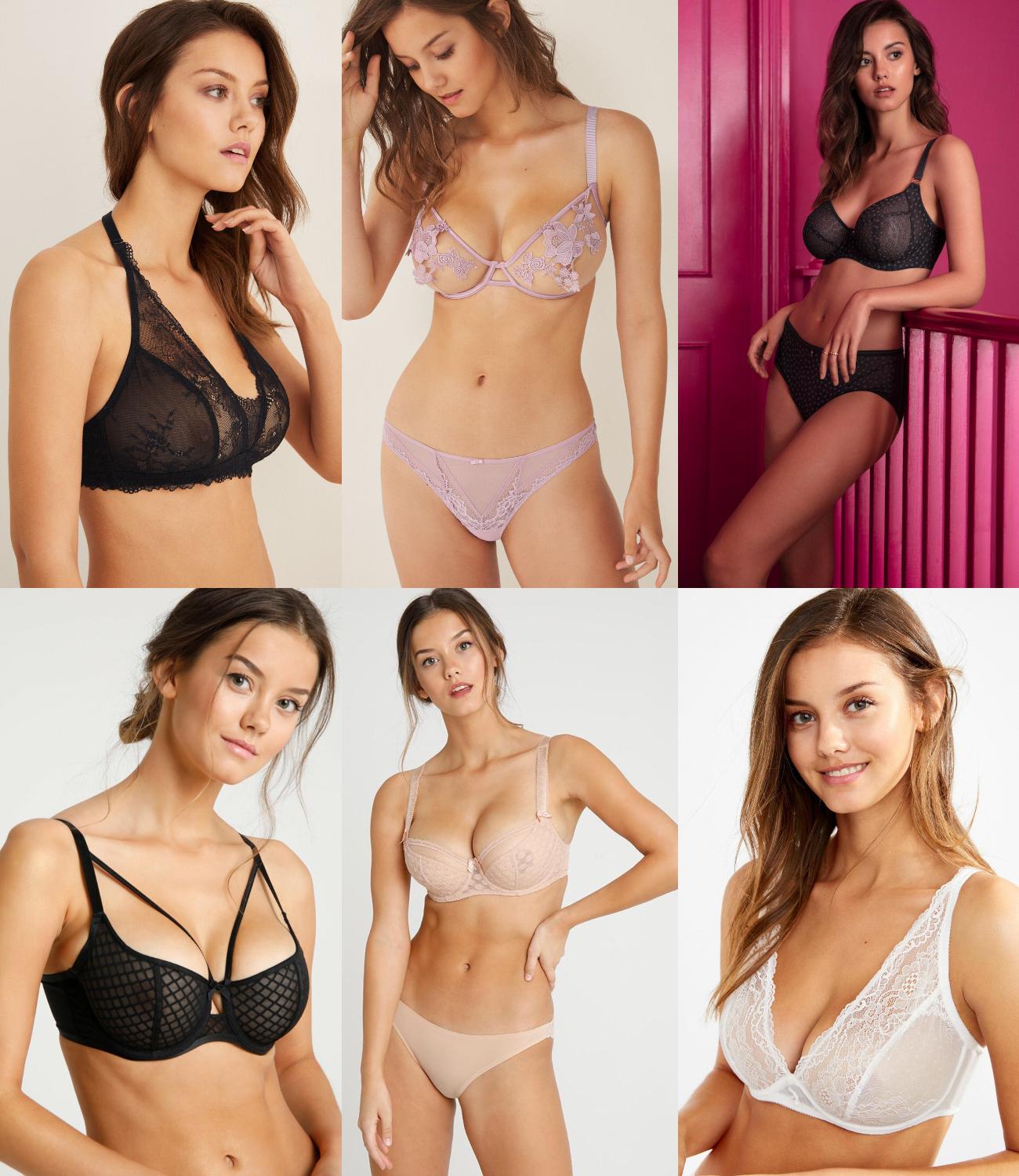 Odd stat that doesn't come along often...teams in at least their 2nd game vs team playing their first game are 5-4 at avg +125 for 30% ROI

Double revenge: teams after losing last game to opponent as well as starter losing last time vs opponent when road favorite over 120 in the first 15 games of the season win nearly 80% for 32.7% ROI including 15-4 in most recent 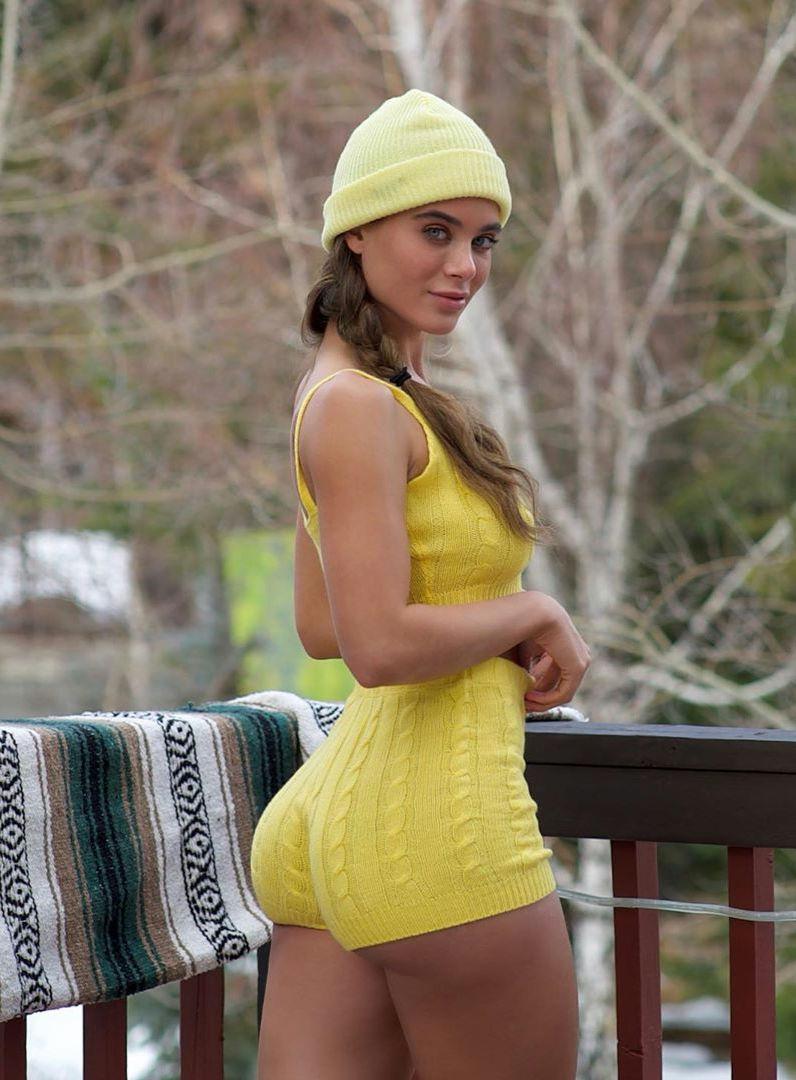 I’m on the Ff under in Miami, I just don’t see many runs given up by the starters, neither these lineups very good. Cardinals has some potential but not exactly a murderers row! I don’t think the fish lineup is gonna produce many runs all year. Guys like de Leon last night and gant tonight who I think might struggle against some the tougher lineups in more hitter friendly parks I think can navigate this fish lineup with minimal damage. I freaking love alcontera, if he efficient he about as tough as it gets! When his command isn’t there he still difficult to hit, he just piles up the pitches and can’t go deep. For 5 innings I expect him to give up next to nothing. Who knows what happens when the pens come in tho??

I played a Ff under in Colorado over the weekend, freaking Gomber walked a butt load of guys but luckily settled in and with such high totals we def get a little leeway to play a coors under. Freaking scary with weaver on the bump! I thought he was a pitcher on the rise when we traded him, which I was fine with as you gotta give stuff up to get a guy like goldy (well unless you trade w Rockies, then you can get their star for next to nothing! Lol). He just hasn’t turned out to be anything close to what I thought he could be!! His stuff is there, he often comes out looking tough, but then he has a inning where he flat out implodes! That scary at coors where he got rocked last year!! He has had a few really good starts at coors prior to that hatchet job last year so could happen. Gl

Everything says Miami wins this if you just look the pitchers...Alcantara the #1 against Gant who has been a reliever a few seasons. I’ll back the better lineup and my thinking that maybe Alcantara can't repeat his opening day performance. The under may well be the right side, at least for 5, but then again 7½ is a low # and since I played it early it's now moved to 7½ -20 so we shall see GL @2daBank it's always great to hear others opinions.

I think gant will be able to hold Marlins pretty weak lineup down. Just the Ff under for me. Gl buddy

For some reasons cardinals just brought Webb into a 1 run game in 8th inning, freaking danger time. I’ll never understand why Shildt trust this bum so much???

I think a lot of flahertys issues in his 1st start was due to it being cold as shit in cincy that day, his velo was down several ticks, think it was just the cold. After all Castillo was even worse that day. We know something wrong if Jack don’t dominate this trash lineup! Think he will tho, crazy cheap to back cards. Think fish being overvalued based off last year.
A

I’ve been to every fish game this year, they are pretty trash, and if they have a lead that roach bullpen will give it right back up. Alfaro is the worst catcher in the league and cannot hit to save his life

ArtieWins said:
I’ve been to every fish game this year, they are pretty trash, and if they have a lead that roach bullpen will give it right back up. Alfaro is the worst catcher in the league and cannot hit to save his life
Click to expand...

I love their young starting pitching but the lineup is seriously lacking. The amount of runners they stranded last night was insane! There were several times they had man on 3rd less than 2 outs and couldn’t get him home. They need to be good situational hitters cause it not like they have a bunch of power in the lineup. Believe it was 3rd inning they had bases juiced nobody out, heart of lineup coming up and they got nothing! Just bad, was great for Ff under tho! Lol.

I always try to put most of my plays in before 8am est since I get Nickle lines until then. When you play as much as me, and saved juice is a blessing. I'm not looking for the one super special game to pound but more or less trying to grind out a small profit with numbers. I expect to have losers but hopefully the winners outweigh them in the end. I lost quite a bit last year although I recouped most of it in the playoffs. I have shown profit overall in bases 3 of last 5 years.

Road favs over 120 after team and starter both lost last time vs current opponent in first month of season. I call it double revenge and it's 59-17 last 7 years for 30% ROI. I typically use 7 years as a timeframe to go back because I've read that baseball cycles typically run about that. Live ball era, Rox field, dominant pitching, etc... Don't remember the specifics but I read it years back and it stuck with me, so thats the reason I mostly use in the last 7 years which in since the 2014 season. 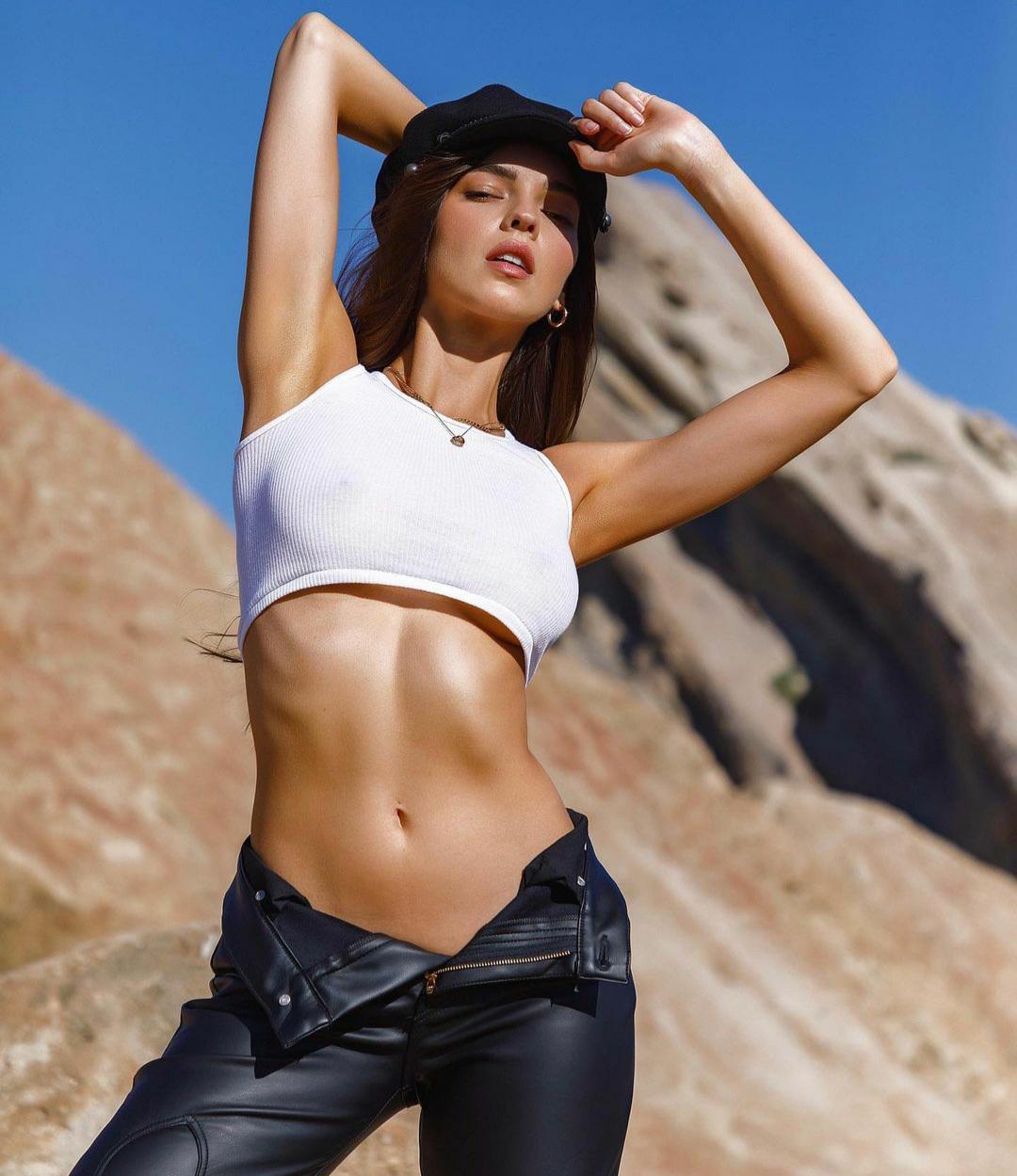 Reds 1½ +120 ...The Snakes (2-5) are coming off of a series loss to the Rox (3-4), getting outscored 15-3 in L2. In addition to highly questionable pitching and an inability to score runs, Arizona lost their best player, Ketel Marte, to a hamstring injury this Wednesday. The Reds (5-1) have been one of the leagues most impressive teams at the plate out the gate. Tyler Mahle threw well in his first start vs a strong Rangers lineup and will look to continue his success at Chase Field tonight. 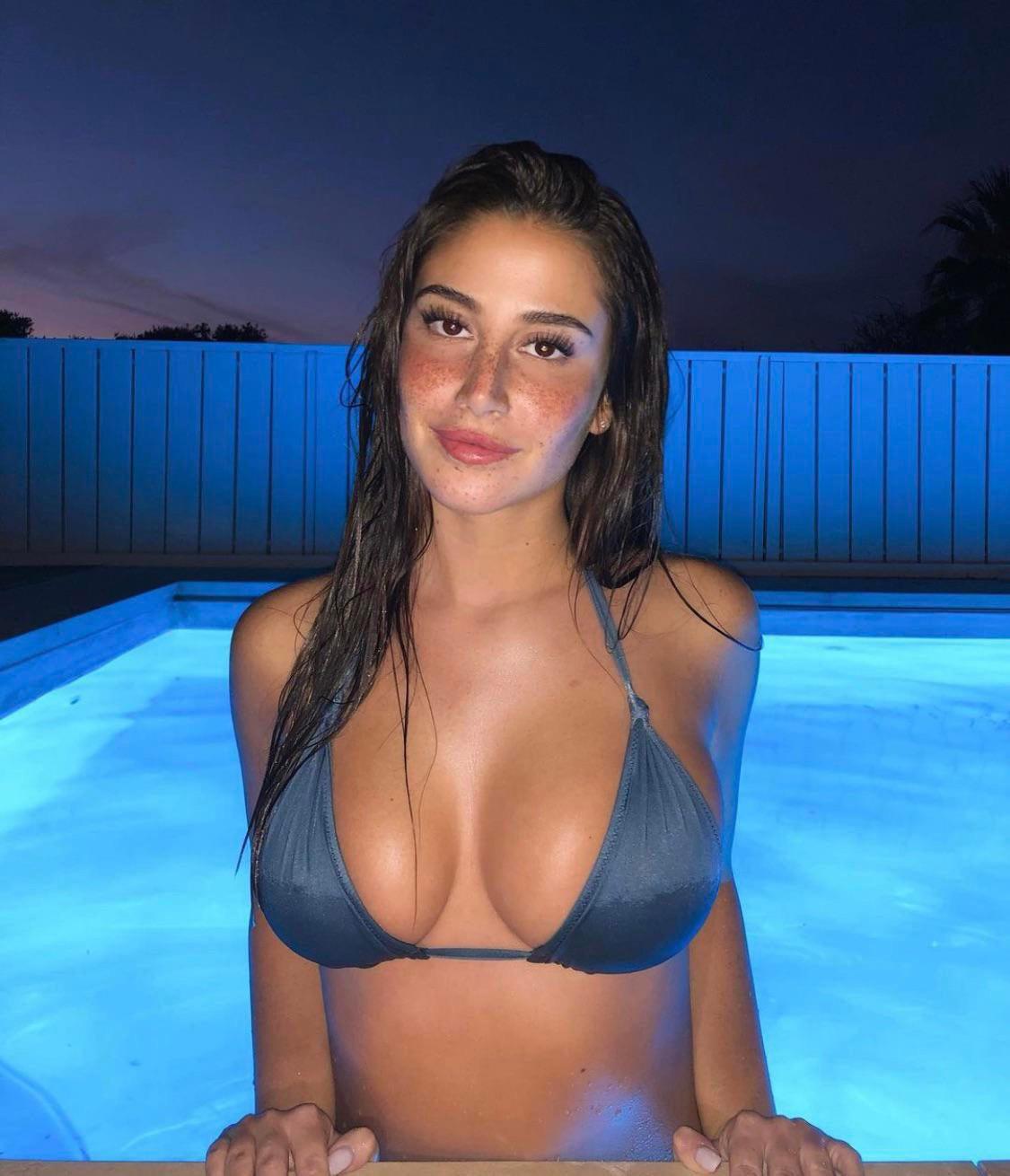 Man, you gotta have stones to bet a tribe over! Gl today Thanks for all the info

Double revenge in the first month of the season: Road fav over 120 after team and starter losing last time vs current opponent cashing 75.6% over 7+ years for 27.2% ROI

Well fuck, I had a good day that could have been much better except I clicked in 2 totals wrong. I really liked BOS over and ROX under but somehow clicked it in wrong and it figures I would have hit both wrong clicks :/ Should have made 20u but only netted 6.9

Nothing worse than thinking you had a winner all day then realizing you made the wrong damn play. I’ve done it more times than I’m proud to admit! Usually happens when a lack of sleep combined with really good weed! Lol

gonna hit this under a bit too...

In case you forgot, my chasing the line angle is when 2 teams play again at same site, with the same team favored but with at least a 20 cent difference in the line. Reasoning is if the book moves line one way they are trying to get you to bet other way, so when line lays more lay it and when you get less on dog take it...as long as it's at least 20 cents. Numbers above include everything after the 2014 season but if you omit games after August the results are dlightly better at 8.6% ROI, the difference is negligible. Plays today are Tigs & Pads 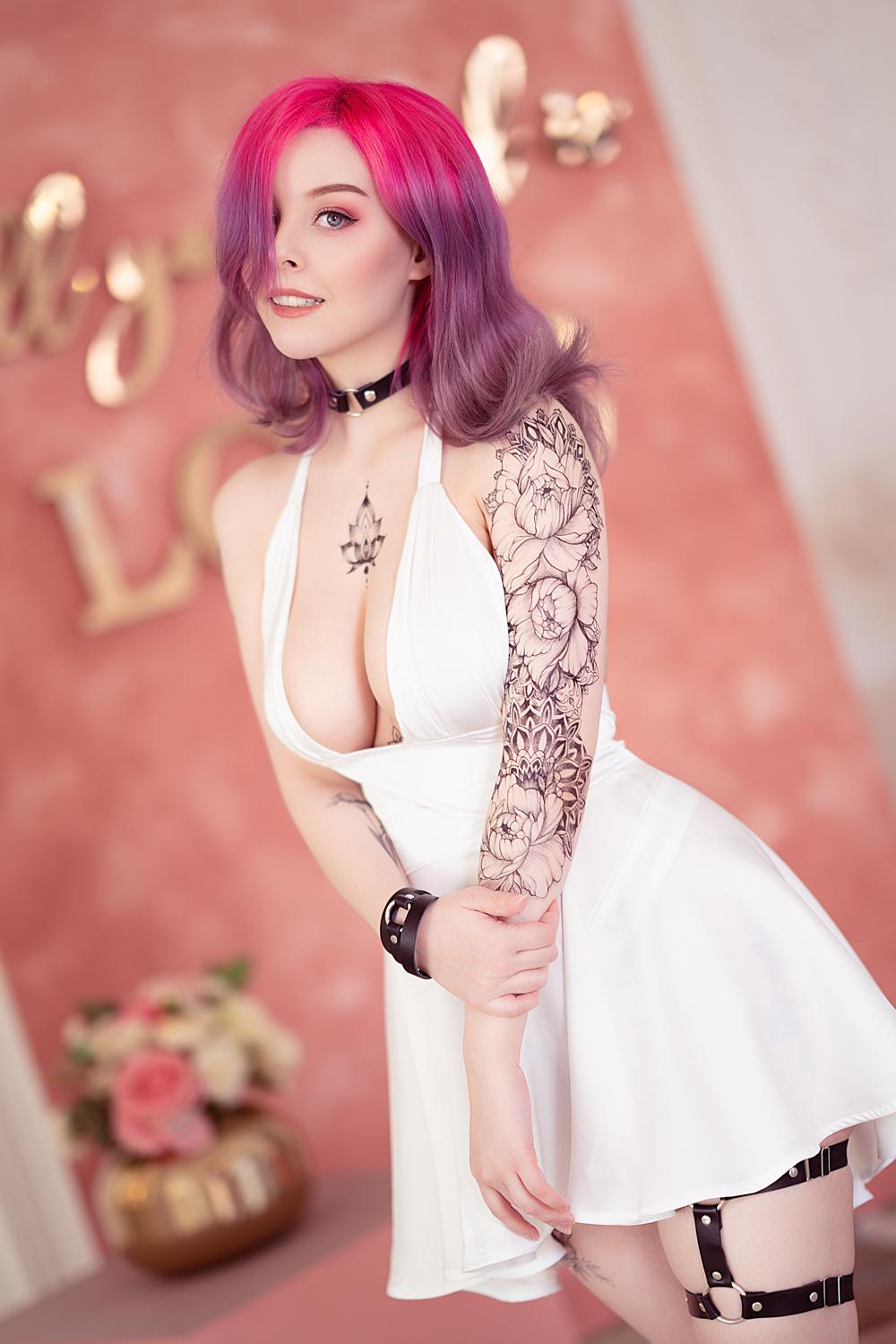